Talking Benches, one of the entries in Sheffield Flourish’s competition ‘Building a more mental health friendly city’, was launched amid much media and public interest.

BBC Look North and BBC Radio Sheffield were among those present at Sheffield Winter Garden for the launch on Monday 27th November.

Sharon Tabberer came up with Talking Benches to tackle social isolation based on the experience of her dad, Roger. He loves talking to people but, despite having his wife and family in Sheffield, wants more opportunities to chat to strangers.

Sharon and her supporting team were at the iconic indoor garden from 7am on 27th November to do interviews ahead of the official launch.

Talking Benches (benches where people, even strangers, can sit to chat to each other) made an impact on Radio Sheffield’s listeners with someone from Barnsley saying they want a Talking Bench there.

The actual launch, including Roger Tabberer cutting a pink ribbon tied round the nominated bench in the Winter Garden, took place at midday.

People initially gathered round a stand in the middle of the bustling garden to listen to Sharon, Sheffield Flourish’s Jo Eckersley and landscape architect Clare Rishbeth, who has carried out research into the role public benches play in society.

On the stand were many colorful designs of benches, created by children from Parson Cross Primary School for a competition to design a Talking Bench to go in another part of Sheffield.

It was then time to gather round the bench itself for the ribbon cutting, filmed by Look North, and photographs of Sharon and Roger talking on the bench.

High Spirits music group, which Roger is part of, from High Green in Sheffield then serenaded us with songs, accompanied by accordion.

The tunes included ‘Sloop John B (I Wanna Go Home)’ by the Beach Boys and Australian classic ‘Waltzing Matilda’. The latter was a special surprise for Roger given he has worked and travelled extensively in Australia.

With the formalities over, there was lots of chat over cake, including conversation on the newly-opened Talking Bench.

Speaking about the launch, Sharon said: “It’s quite overwhelming actually. We’ve had such a busy day.

“We’ve been here since seven o’clock this morning. Radio Sheffield, Look North and all these people here for an idea about a bench, bringing people together, that’s fantastic.”

Roger, who has talked to people all round the world including on a two-year trip to Australia and across Asia, said: “It’s absolutely fabulous. I’ve gone through all sorts of thoughts before when Sharon told me that she’d included me.

“As I came today everything just slotted into place.”

You may be interested to know that Sheffield Flourish recently launched another brand new competition to celebrate the re-launch of the Sheffield Mental Health Guide. 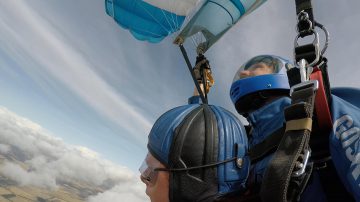 I have been suffering from depression since being a child due to bullying in high school. I fight this every... 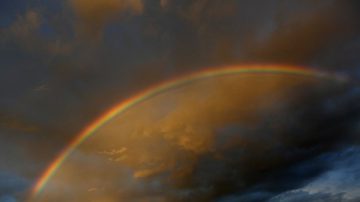 A 3 foot block of ice does not melt in one day, Nearly 18 years of mental health problems do... 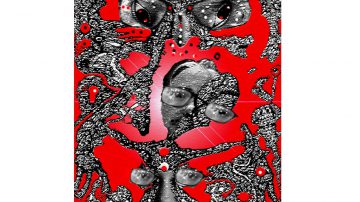 The Cow Jumped Poem and illustration by Julian Dedman There are no words to speak Sailing to the drifting snows...