Jack ponders the impact that an increasingly ubiquitous media has on our perceptions and understanding of mental health and mental illness.

In a world of streaming, 24/7 news and social media it is getting increasingly difficult to remove ourselves from the media’s impact, positive or negative. When it comes to the media and mental health, it seems to me the relationship doesn’t always seem to be a good one.

It’s really important to keep in mind how influential is what we read and what we watch. I vividly remember watching a documentary about mental illness on BBC Three some years before I was showing major symptoms of anxiety disorder. The documentary took place in a psychiatric ward. Most of the patients featured were those who had attempted to take their own life or were having suicidal thoughts. I specifically remember, after seeing the first person who had attempted to take their life, turning to my girlfriend and saying that I had no understanding at all of being in such a mindset where suicide would cross my mind. This moment in the programme was a real turning point when I started to think about my own and others’ mental wellbeing.

We learn through others’ knowledge and experience and the media is a great tool to inform many people at once. But it’s also a way of misleading many people at once. So whilst my personal example above is a positive experience that enhanced my understanding of mental illness (at a time when I wasn’t living with it) it is also the case that misunderstanding and stigma around mental illness can be exacerbated by the media. We often see TV and film portraying people with obsessive compulsive disorder as merely being ‘clean freaks’, people with schizophrenia as simply hearing voices, and those with anxiety disorders as just worrying about things. The issue with these interpretations is that they have an element of fact which gives the illusion of truth. Actually, they are simplified, two-dimensional portrayals of complex conditions.

So you often see stories that discuss mental illness by limiting the symptoms. There is also some rhetoric around people who are open about their mental health – that they do it to grab attention. The thing is, even if people are doing it for attention I would rather that than someone genuinely suffering from a mental health problem staying silent. Negative portrayals of people who open up really add to the stigma experienced by people with mental health issues.

I feel like we’re currently travelling along a learning curve with the media, where mental health is being increasingly talked about but just not always in the most accurate of ways. Websites such as Sheffield Flourish are vital to this journey, because we hear from people who have first-hand experience with mental health issues. A very large positive about social media is that it’s easy for any of us to tweet something or write a blog post to get our voices heard. But beyond that, I think we need to move forward and open up the floor, so people aren’t only talking about their mental health if they’ve been through a mental health breakdown or been diagnosed with a condition. Mental health is something we all have and we should check up on it and talk about it openly. 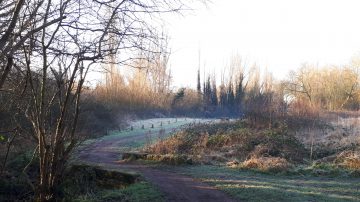 Hello, I'm Haley, I'll be your Writer today. Who am I? Now that's a question, with a long answer but... 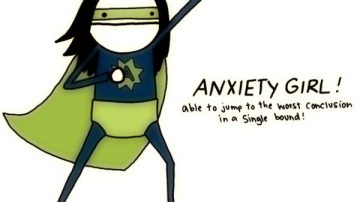 Trish Chester: The thing about phobias is...

Lots of people experience fear in certain situations. I think spiders are horrible. I get dizzy if I’m on a... 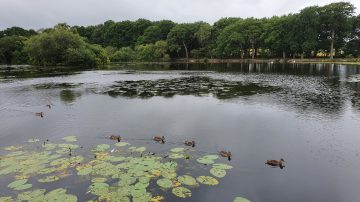 Ruth Durkin: Before COVID, I Had All My Ducks in a Row

I (Ruth) have suffered with my mental health as a result of the coronavirus situation, which isn’t surprising because I...