In this piece, Carol Kallend introduces herself and tells us about her life,  with the help of our creative content producer Ruth Durkin. Her life story gives us some background to her beautiful poem about dealing with loneliness.

I want to share my story because I think I’m unique and interesting, without being conceited. I’ve survived a lot in my time; I’ve been through a lot of illnesses and I’ve nearly died and spending that time recovering in hospital I thought, well I’d better get my story recorded.

I’ve got an unusual surname, Kallend. In the sixteenth century my ancestors came over with the Huguenot Dutch and they were the weavers up in Brick Lane. Do you know the story of Brick Lane in London? They were there in the big lofts that they’d built, to accommodate their looms. And I’ve got some Jewish ancestry as well. And my name means something like a quality control person, to see that the cloth was up to standard.

I’m not bothered about being anonymous because I want to trace some more of my family; I know I’ve got some over in California.

If people reading this are currently going through a hard time, I want to tell them that it won’t last. It’s not going to be forever; things will get better.

I like the way Sheffield Flourish works with ordinary people in the community, trying to get voices that would otherwise be unheard. They’re trying to give people a platform to be heard.

I now take Thyroxine 75ml every morning because of my thyroid – it sits between your gullet and your windpipe, it’s a little gland. Normally it does its job in regulating the body, but mine packed in. It stopped working so I gradually became more and more mentally ill and I was seeing people coming out of the walls; they were coming to take me and my stuff. I was having a very hard time financially because I was only on basic benefits. There was this other mentally ill person who believed he was the reincarnation of John the Baptist; that wasn’t helping. Everything came to a head – I kept getting big bills from the utility people; there was no way I could pay them. That brought everything to a crisis.

Just over ten years ago I moved to Sheffield; before that I was in Lincoln. Then I got my little bungalow in Wincobank. Shortly after that I got diagnosed with the thyroid condition and on top of all that my dear Mother was in a home in Lincoln because she was developing dementia. She went with the disease of the whisperers; they believe – in their mental condition – that if they speak in anything above a whisper then the whole world will stop and it will be all their fault and everyone will die. Her generation of women were all told to be quiet; be seen but not be heard, and then it came out as a mental illness. And she too had thyroid problems.

A few years previous to that I was living in Gainsborough, in between Sheffield and Lincoln. It used to be a big steel town and a big coal-mining town until the 70s, and then everything closed. There were the riots and strikes, and now it’s a bit of a dead and alive town. I was living in a B&B on Trinity Street; it was run by a male gay couple. They’d met in the Royal Navy; they were both cooks. Then they bought this series of B&Bs. One of the men had one foible that he’d picked up from his days in the Navy – he was a gambler. You name it, he’d try and bet on it. One day he went to this big London casino. He misread the cards and lost everything. So he came back and he’d got us all in the living room, and he was in tears. I’d never seen a man cry like that. I don’t quite know what happened to them.

After that I moved in with a man, who I vaguely knew, but we both had a liking for cats and for rock’n’ roll and the 40s and 50s and all that. He said I could stay until I got myself sorted, and that turned out to be six years. He had two unneutered cats and they soon turned into fourteen unneutered cats.

When I got out I went to a women’s refuge. That was one of the bravest things I ever did. I took all I could carry, I left him a note because he was off arguing with a neighbour over the cats, and I walked out and I left him. My heart was absolutely pounding at the time. I stayed in that house all weekend. I had a bath and I was loved and cared for, for the first time in ages. It wasn’t all bad when I lived there. We did go and see Ken Dodd, and he’s a great laugh isn’t he? We did go and see pantomimes as well.

My social worker came along on the Monday afternoon. He said I had two options; he could take me to a women’s refuge in Birmingham or to one in Lincoln. I chose the Lincoln one because I was still concerned for my mother.

I’ve got a Christian faith, and I would recommend a faith of some sort to everyone. You don’t have to be a Christian but just believe in a spirit out there. Listen to the experts and try and sort things. If a thing or person is stressing you, try and break the connection. If you’ve got an addiction that you know is bad for you, try and reduce it. Try and be kind to yourself; you are allowed to love yourself. And try and be kind to others, and do something that makes you laugh. Laughter is the best therapy.

I’m dyslexic and when I left school I had hardly any education because I was constantly moving around. I love to write poems, and I’ve really dedicated my life to it. About anything and everything. I find it very therapeutic.

Be true unto yourself. And don’t try to please everyone at once; you’ll only wind up in serious mental trouble. Be kind to yourself and try and be good to others.

I do feel well and quite happy, quite contented at the moment. It’s because I live on my own and I have a good supportive set of friends around me, as well as being able to do my poetry, being able to appreciate other people’s work and admitting that I’m a lesbian after all these years. I’m working on how to square it with being a Christian as well; there are some people who’ll quote bits from the Bible to you – which I just take with a pinch of salt. Carol wrote the following poem about “being mad and losing it” that she wrote when she took part in a poetry group at the Old Rectory in Handsworth.

Ways To Deal With Loneliness and Isolation,  by Carol Kallend

I asked the bin men to take away my aloneness.

They said “No Love, we only take away rubbish.”

They said to keep warm and take care, and to keep up with the recycling.

To arrest my loneliness and put it in an isolation cell, to take that horrid feeling away from me.

They said they were very sorry but being lonely is not against the law.

It’s not on the statute books, that I should go out more and keep an eye on my purse.

I asked my doctors at the local health centre have you a pill or a potion to reduce my feeling of isolation and depressions?

The GPs said that although there’s ongoing research there is, at the moment, no known substance to reduce the feeling and not to mooch around in my nightie for a week and get a skin infection.

So I asked my one only truly reliable friend God, the Lord who sent his one and only son Jesus to teach us that all you need is love for ourselves at first, then others.

Being out in a community of like-minded others, that is the only way to keep this human condition under control.

Isolation is a state of mind.

Loneliness is in the eye of the beholder so I keep busy, and await the arrival of a soul mate that special person that I can trust and communicate in that almost telepathic way.

So – be gone those negative thoughts – and on with the motley. 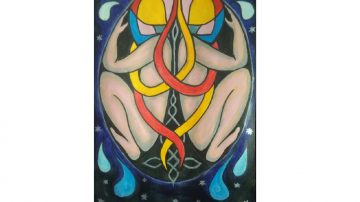 By 11.07 AM I am captured, chased, threatened by knives, guns and clichés while tied to a chair with my... 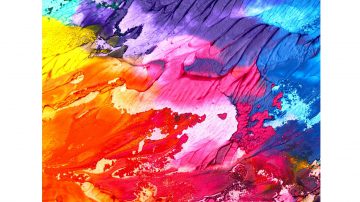 I’m not in the UK at the moment so it’s highly likely my experience of lockdown has been somewhat different!... 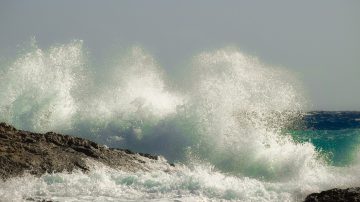 I walked along a stoned beach, mesmerized by the sea view how much it has to teach, the glistening sunset...