Cerowyn Browne writes of the trauma experienced by refugees and asylum seekers, before and after migration, and describes how their mental health needs can be addressed in both a practical and a compassionate way.

For the past few months I have been volunteering teaching English with SAVTE (Sheffield Action for the Voluntary Teaching of English), a charity which helps reduce isolation by providing English lessons. The students are mainly asylum seekers (who are seeking protection) and refugees (those who have been granted protection). These people face many challenges to their mental health, both pre-migration, such as war trauma, and post-migration, such as a hostile asylum procedures, housing issues and isolation. A report from 2015 found asylum seekers are five times more likely to have mental health needs than the normal population, with 61% being in serious mental distress.

Clearly one of the major impacts on asylum seeker and refugee mental health is the trauma they experienced before arriving in the UK. Many have faced persecution, lived in war zones and suffered extreme personal loss. Often their journey to the UK was terrifying and dangerous. It is therefore not surprising that more than 40% of refugees in the UK suffer from post-traumatic stress disorder (PTSD). The symptoms of PTSD can have a profound effect on social, vocational and cognitive functioning, which makes creating a new life in the UK very difficult. For example, sufferers often experience impairments to their memory. Many SAVTE volunteers have found their students struggle to remember new vocabulary from one week to the next. PTSD can also lead to agoraphobia because sufferers feel unsafe leaving their homes and fear being exposed to events that trigger traumatic flashbacks. Being unable to leave the house or communicate when they do can therefore lead to extreme levels of isolation amongst those that need social support the most.

Sadly the conditions in the UK when an asylum seeker arrives can often cause increased mental distress. One of my friends is a caseworker for ASSIST, a charity which supports destitute asylum seekers. She feels that all her clients have mental health needs, but very few have access to any support. She says that although this is partly to do with previous trauma, it is hugely exacerbated by the asylum process. The Home Office creates a very hostile environment for those trying to find a safe home in the UK, and tends to shove them through a dehumanising system. While waiting to hear if they can stay in the country, asylum seekers are unable to work and are given just £32 a week allowance. They have no say over where in the country they are sent and are often housed in poor quality accommodation. This is a time of debilitating stress as there is a high chance that they could be deported back to the dangerous world they escaped from. Lack of control over their future safety and freedom is a heavy mental burden. 68% of asylum claims are rejected and the applicant must therefore find further evidence to put forward a fresh claim, often having to re-live traumatic memories to do so. In the meantime they have to move out of their accommodation and are often left homeless and in much mental distress. ASSIST does amazing work at helping provide accommodation and advice for asylum seekers in this awful situation.

Not only are refugees and asylum seekers more likely to experience mental health issues, but they are also less likely to be receiving mental health support. There are many barriers to them accessing support, one being a lack of knowledge. They often come from countries in which mental health is not openly discussed and resources are very limited. A SAVTE volunteer told me of students who are clearly displaying symptoms of PTSD but are completely unaware that others have the same experiences, or that there is a way they could get help. Furthermore, many of the resources for PTSD are aimed at veterans and are not necessarily compatible with the needs of civilians who have escaped war zones. This has led to Lucy and Maeve from SAVTE developing simple story books with characters experiencing a range of difficult emotional issues, from PTSD to grief. They are designed as tools for teaching English, but also to help students understand they are not alone in their experiences and to encourage a dialogue. They increase vocabulary around the topic of mental health so that students are able to express how they feel more easily, as another barrier to accessing mental health support is language. Many of SAVTE’s learners are unable to leave the house due to mental health issues and so by teaching them functional English SAVTE helps them engage with their community and access the support they need.

Asylum seekers and refugees have had extremely difficult experiences which have led to them leaving their homes to seek sanctuary in our country. Sadly, too often they are faced not with support but with hostility, worsening their mental health and leaving them feeling hopeless and afraid. So often those coming into the country are portrayed as pests, and I hope that more people can ignore that rhetoric and that as a country we can open our hearts to those in need. Organisations like SAVTE and ASSIST are already doing amazing work. They offer a much needed service helping those most desperate find a life for themselves in the UK, one in which they can not only survive but flourish. This kindness and humanity is so important in providing hope. One student from SAVTE, speaking about himself and his wife, said; “We haven’t seen such kindness before. SAVTE and New Beginnings have played a big part in our lives. Actually, there is nothing of value in the world as much as kindness.” 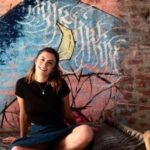 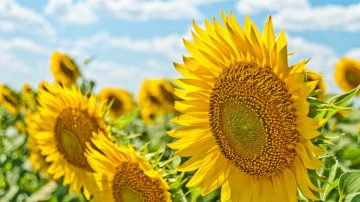 As the days lengthen and the temperatures rise, most people seem to be happy about the arrival of summer. Not... 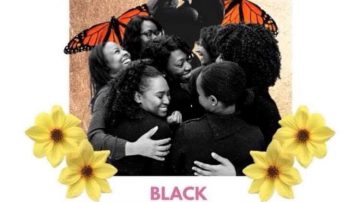 This October is Black History Month, a national (and international) celebration of black history, arts and culture. ADIRA, a Sheffield-based... 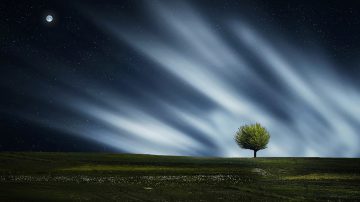 I have suffered with psychosis and depression for 20 years. I took time out from the field of semiconductor research...