Becky Mairi Farrell muses on the high end of bipolar

When I was 13 I went on a walk with some friends. Our route brought us to the top of a steep downward path and we started the walk down. Before long I missed my footing and found myself trotting to keep on my feet. This accomplished, I tried to slow my pace, but the momentum of my downward trot soon had me running. I tried to slow down with increasing desperation because I could see what was about to happen. As I continued down the hill my momentum would outstrip my pace, and then I would really fall. And that’s exactly what happened. No matter what I did I just couldn’t slow down; in fact I was gathering speed. Half way down the hill my feet went from under me and I fell headlong down the path, bounced a bit, and finally came to rest with the breath knocked out of me.

Apart from the initial shock and some impressive bruises, I was fine. Because this was a real hill and it was my body that took the fall. When my mind takes the same journey things tend not to turn out so well.

It’s hard to describe (hypo)mania to someone who hasn’t experienced it. Surely high is good? At first it seems so. It’s like increasing the colour saturation of a photo, making everything more vibrant and engaging. But slide the saturation up too far and what you see is a scarily unreal intensity of colour.

Someone once told me that a high is actually depression in disguise. I haven’t really got my head round that yet. But I do see that as my mood goes up and up, I’m running faster and faster down that hill and the only possible outcome is to fall. It’s just a matter of when, and how much mayhem I manage to create in the meantime.

Because I do try to slow the pace. I know as soon as I recognise the early warning signs exactly where this is going. But there’s something so compelling about the momentum of it that I just can’t make it stop. And, initially at least, I find myself running in the opposite direction of anyone or anything that might slow me down.

Like standing at the top of a hill, the first part is amazing. Such a clear and beautiful view, perceiving things that are just not visible at ground level. The world is big and expansive and there I stand at the top, above everything that surrounds me. But as I embark on this upward descent the tipping point comes sooner than you can imagine. And then I’m really running, exhilarated but terrified, leaving a trail of chaos In my wake.

They say what goes up must come down, and it applies as much to mood as it does to wallpaper. Because once I’m enmeshed in that headlong run, the only possible outcome is falling. And falling downhill is no fun at all. You zip past horizontal to land sprawled in a heap somewhere near the bottom.

I don’t know what the answer is. I’ve not yet found a well paved, level path to walk. All I can hope is that, when I first miss my footing, there’s someone there to reach out a hand to catch me. 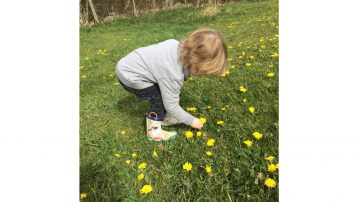 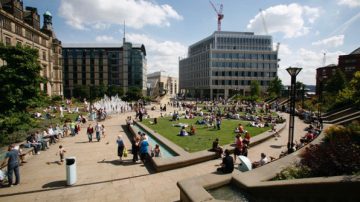 How do we build a more mental health friendly Sheffield? We do it together. We do it with glamour. We... 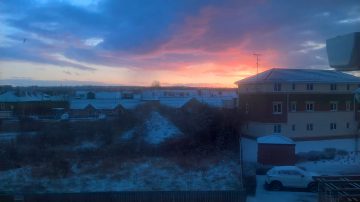 I was diagnosed with Bipolar II Disorder in January 2014. There was heavy snow that month and when it snows...