Trish reflects on three very different incidences of voluntary hospitalisation on acute psychiatric wards in Sheffield. She explains how these experiences affected and informed her life beyond those times, and how the very act of being a psychiatric inpatient ultimately helped her to make important personal changes that, so far, have enabled her to avoid further stays.

When I was eleven years old a so-called ‘novelty’ record was released, called ‘They’re Coming to Take Me Away, Ha Ha’. I detested it – I couldn’t explain why, there was just something really scary about the singer’s steadily increasing high pitch, how the song built to a crescendo, and the manic laughter that ensued. If you’ve never heard it, don’t bother. Allegedly referring to a man’s descent into madness following a relationship breakdown, its derogatory terminology – ‘funny farm’, ‘flip my lid’, ‘utterly mad’ – soon deemed it unsuitable and led to it quickly being banned from public radio stations.

It wasn’t until my own experience of admission to a psychiatric hospital years later that I understood the impact of that song on my concept of mental health institutions. If I’m honest, my first experience in the mid 1970s when I spent two weeks as a voluntary inpatient at Middlewood Hospital in Sheffield, wasn’t all that far removed from the song. It even possessed its own demonic laughter episode when a fellow patient shook my bed violently one night, raised her nightdress over her head, and gave her best impersonation of Jane Eyre’s Bertha Mason, “the source of the mysterious, mocking laugh that Jane hears as she stands on the battlements of Thornfield Hall”. At 22, experiencing post university burnout and recovering from my own relationship break up, that brief stay in the outdated mental institution possibly did me more harm than good.

Fast forward twenty years. Although anxiety and depression accompanied me throughout, I was never ill enough to require hospitalisation again. But in 1997, multiple losses from my adulthood culminated in a severe reactive depression, self-harm and suicidal ideation that resulted in a second stay in hospital. Middlewood Hospital had closed its doors to new patients, so I was admitted to Whiteley Woods Clinic. I was admitted in the dead of night, scared, tired and uncertain of what my future held.

I was at Whiteley Woods for four months, during which time I divorced my first husband, began walking on crutches again after being wheelchair bound for many years, and met my soulmate and second husband. I liked it there – the staff were mostly kind and professional, and I enjoyed having access to the surrounding countryside. I at last felt safe from my abusive husband, now demanding I (obviously) be ‘certified insane’ as I was uncharacteristically drinking fizzy drinks and smoking – he was ultimately barred from visiting me. I felt free to be me, to speak openly, to allow myself to reflect on my experiences, and to begin to heal. Occupational therapy and one amazing psychiatric nurse were crucial throughout my stay: I will always be grateful to them.

And Whiteley Woods intrigued me. In spite of my brief induction at Middlewood, it seemed this was the first time I had truly encountered the system and its idiosyncrasies: the people – staff in everyday clothes, patients from all walks of life possessing a myriad of mental health challenges and behaviours. The environment – smoke rooms, isolation rooms, locked doors, prohibited areas. The daily routines – medication time, ward meetings, occupational therapy, visiting hours, day leave; and the mixed emotions of confusion, fear and excitement I experienced when emergencies occurred – arson attacks, attempted and completed suicides, fights, a virulent virus, and illicit drinking and drug taking.

Over time I not only became institutionalized but also strangely began to mirror and display other patients’ behaviour. They say prison inmates learn how to be better criminals, “incarcerating offenders makes them worse because they learn new “tricks of the trade””. I think the same can be said for psychiatric institutions. I started to swear a lot, became aggressive and at times physically violent, and was hypercritical of the system. Something about fitting in, adapting to my environment – ‘if you can’t beat them, join them’. Admittedly it wasn’t a great move, and my newly acquired attitude got me into trouble – but it also helped me to establish myself and justify my admittance. I think the latter observation is important – I was ‘just’ a voluntary depressed individual, I couldn’t possibly match the actions of longer term sectioned patients who screamed and shouted, roamed the ward day and night, damaged property, and fought with staff and patients – and who got a lot of attention.

Thankfully my new image was short-lived. I couldn’t maintain that persona, it wasn’t me. I didn’t need to behave like everyone else in order to be listened to or helped. A salutary life lesson.

My third stay was on Burbage Ward at the Michael Carlisle Centre. Less than two years after my stay at Whiteley Woods, but once again with reactive depression, self-harming behaviours and suicidal ideation. I had married my Whiteley Woods ‘soulmate’ a year after we left hospital, but he died after only seven months. Suddenly, without warning, and with no obvious cause of death. My world collapsed. After everything I had been through, I thought my life was finally going to be better, happier – it just shows you should never take anything for granted.

It’s not a reflection on the ward or the staff, but I didn’t like being on Burbage Ward at all. I went there not wanting to live, never mind be in hospital. I didn’t want anyone trying to make things better, I just wanted my husband back – and because I was wise enough to know that would never happen, I wanted to join him. I encountered many careless and painful reminders of my circumstances – errors of judgement, unprofessionalism – that further threatened my safety. The doctor admitting me asked if my brother was my husband – a night nurse offered to help me contact my dead husband through a medium – the social worker who knew of my plans to scatter my husband’s ashes on my garden told me ‘bone meal was good for the roses’ – a bereavement counsellor told me I had a lot to live for. I was angry, heartbroken, frustrated, desperate. It was as if nobody understood because they never really listened – they couldn’t or didn’t want to hear what Carl Rogers referred to as “the music behind the words”.

That was over twenty years ago. I haven’t been a psychiatric inpatient again since then – instead, I’ve used my experience of living with anxiety and depression to inform my life differently. I don’t remember a particular moment when I turned things round, but over the years I have become more in charge of my mental health. I think I felt like a victim then, submissively allowing my diagnosis of reactive depression to steal my ability to function in the face of trauma.

Several years after my last stay on Burbage, I went back to University and retrained to be a counsellor. Many of the skills and theories I learned seeped into my psyche and became part of me. I recognized how significant my thoughts about my mental health were, and how easily I slipped into the role of being susceptible to the pressures of the world. If I didn’t change how I perceived myself, I knew a lifetime of medication, psychiatrists and hospitalisation was all I could look forward to. I didn’t want that. It was time to abandon my former self and recreate a stronger, more capable individual who fought back against the psychological assaults I had experienced most of my life.

Several factors helped me to become the person I aspired to be. Whenever the Black Dog began growling, I reminded myself how far I had come since those days and challenged myself to stay well. Memories of psychiatric institutions acted as deterrents, and I drew on a reservoir of personally helpful techniques: cognitive therapy tools assisted me in challenging self-deprecating and destructive thinking, and the Internet gave me access to thousands of meaningful and inspirational articles, websites, quotes and sayings. Counselling others going through their own crises also demonstrated the fragility of humanity and allowed me to normalize my experiences.

There will always be events that could potentially trigger my reactive depression – but I will continue to remain aware of and resist my propensity to become overwhelmed.

They are NOT coming to take me away! 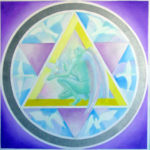 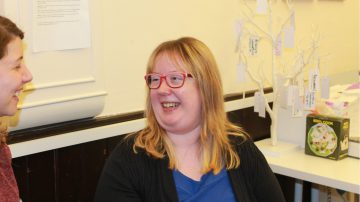 Some people may think sight loss is just losing your sight but there is so much more to it than... 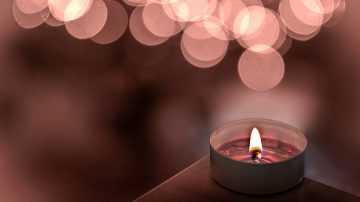 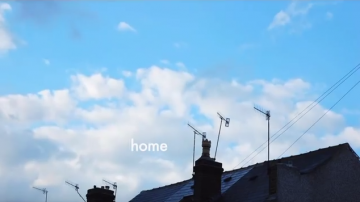