A member of our community takes a thoughtful look at suicide, the impacts this has had on people’s worlds, and considers how we could best help people who are struggling.  Trigger warning: discussion of suicide.

I am an anaesthetist, close to retirement.

When I was growing up in the 1960s, suicide was not something that was discussed. My mother’s uncle took his own life when she was a teenager and was never mentioned at family gatherings.

I heard of no other suicides amongst my family, friends or acquaintances until I was about 23, when one of my (not close) schoolfriends took his own life. Another ex-schoolfriend took his life at the age of 31. Both seemed completely normal, but just a little on the outside of the various friendship groups.

My contact with suicides amongst work colleagues has been less sporadic. When I was a houseman, someone from the year ahead took his life during a night on call. He was a very extrovert, “life & soul” type and his death came as a bit of a shock. As an SHO in Worcester, one of the junior anaesthetists went to a hotel in London for a weekend and never returned. She was a lovely Asian lady in her mid-twenties. She had no family nearby, and as far as anyone knew, no close friends in Worcester. She was working 104 hours per week with on-call commitments (as was the norm back then) but did not seem to have the off-duty outlets that the rest of us seemed to manage. She wrote a will beforehand, and her worldly goods were left to one or two of her work colleagues who had been kind and helpful to her.

In 1998 one of my close colleagues from Sheffield died of carbon monoxide poisoning in his garage. Again, he was a “life & soul” type. Loved by everyone. Divorced and remarried with a new(ish) baby. A total shock at the time, because nobody read the signs.

In 2001 my best friend from medical school (with whom I had had little contact over the previous 10 years) died after taking too much alcohol and too many antidepressants, leaving a wife and 4 young children. Suicide? Maybe not, but an inadvertent overdose in a doctor?

Last year another anaesthetic colleague died of a drug overdose in Derbyshire. He finished an operating list, went for a drive and never returned.

So what? So these valuable lives needlessly ended. None had a severe recognised mental illness. All could have been saved, and all could have gone on to happy and worthwhile lives, if they could have been helped through their darkest times. None fulfilled the expected stereotype of rank outsiders and “nutters”. They were very different people. None left a “suicide note”. If only someone had realised, had spotted the signs – they were there.

Then there is my daughter. 5 years ago, aged 17, she told us she had taken an overdose of paracetamol. My first feeling was of blind panic mixed with anger. Panic because I knew what paracetamol can do, and that we might lose her. Anger that she could have been so stupid. Anger that she hadn’t told us how she was feeling. Anger at myself for not realising she was so stressed with exams and the problems associated with being a teenager. It was a blip. She did not really mean to take her life. It was a so-called “parasuicide”. The problem is that not all parasuicides remain as that. Some end up as real suicides. Her paracetamol levels were high enough for her to need treatment via a drip for 24 hours. If she had waited 24 hours to tell us, her liver could well have failed and she could well have died. She is now fine, happy and well-adjusted. I should like to report that this is due to the quality of the psychological follow-up she received, but that would be a lie – she did not receive any. I should like to report that the family underwent group therapy to find the underlying issues, but again this would be a lie. There is not sufficient funding to treat suicidal patients appropriately, and in any case one first has to recognise that there is a problem.

This being the case, I think it is important for the general public to try to take matters into their own hands. Not everyone has the time, inclination or patience to be a Samaritan, but everyone can try to educate themselves on how to spot the signs that someone they know may be suicidal, and how to react. 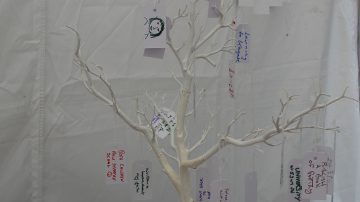 We got quite excited when we reached our first birthday, and it got us thinking about all the milestones our... 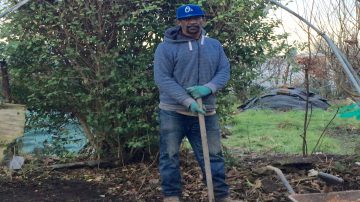 I came to Sheffield in 2010 and spent my first year here just staying indoors. I didn’t know a lot... 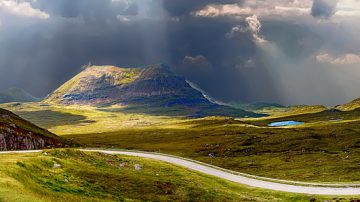 As I walk this path of time, tearing each bandage from the healed pain of darkness restrained by the invisible,...