Chris Blackmoor shares his views on his project #happysheffield

I am a University Teacher/Researcher in Mental Health at ScHARR (the University of Sheffield), and for this year’s Festival of the Mind, I am working with colleagues in the Department of Computer Science, and some creative agencies in Sheffield, on a project to measure levels of well-being in the city through analysis of social media activity. We decided to call the project #happysheffield because we wanted it to be accessible to people of all ages, and we know that happiness is a universal emotion which even very young children can recognise. However, we realise there’s more to life than happiness (and there are some who think that western societies are currently rather happiness obsessed!). So, we’ll also be looking at how sad, angry, satisfied, tense, calm, excited and tired people in Sheffield might be, and we will measure these emotions by analysing the language used in Twitter postings (tweets) in Sheffield and displaying the results graphically, in real-time.

During the Festival period, we will have a space in the Millennium Gallery “Futurecade”, along with several other projects, where people can come and look at the data stream as it is analysed – this is open from 10-5 pm daily, from Saturday 17th to Sunday 25th of September. The data will be projected in the evenings against the City Hall in Barker’s Pool, so passers-by will be able to think about emotions in the city. We’re doing a public talk on Thursday 22nd September, from 5.30-6 pm in the Spiegeltent, Barker’s Pool, Sheffield. And we’ll have a website where you can see all the data for Sheffield, and also find out the emotional content of your own tweets.

We’ve teamed up with Human Studio, who have done all the graphics work for the project, and Ignite Imaginations, who are helping members of the public engage with the project in the Millennium Gallery through art work. We will also be welcoming some Sheffield Flourish “Digital Ambassadors” to the Futurecade, and we’re really excited to be collaborating with Flourish volunteers in this project.

First and foremost, we want #happysheffield to be fun and engaging, and to get people thinking about emotional well-being and social media. But we also want it to be part of the wider conversation around mental health in the city. We know that one of the main barriers to seeking help and support for mental health issues is the stigma surrounding them. Hopefully, this project will enable people to discuss their emotional health and well-being and think about how social media impacts on that. The project is not suggesting that people should be happy, it’s more about understanding the full range of emotions and how these are expressed on social media. The Festival of the Mind is a brilliant opportunity to work with people I wouldn’t normally come into contact with as an academic, and to engage directly with the public – we wanted to do something for the people of Sheffield, which anyone can interact with, whatever their age, background or experience, to think about their well-being.

You can find out more about the events here, and here are some links you can investigate in the runup to the event: 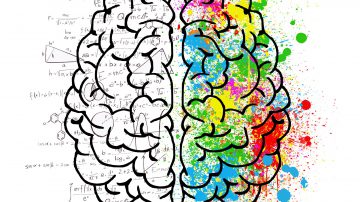 Peter Shaw: Why Claire Eastham is my role model

I don't generally believe in role models, as I have often found the idea to not be one that appeals...

Prozac didn’t work well for my son – he got nightmares and became increasingly anxious. The GP doubled the dosage.... 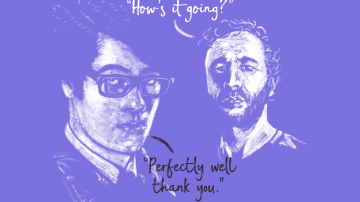 Suicide is the biggest killer of men aged under 50. New figures revealed recently showed a drop in the suicide...