Sage Greenfingers: Singing through the seasons

Sage Greenfingers is a local Sheffield charity that supports adults with mental health problems through creative therapeutic activities such as gardening, crafts and singing.  Here, two members of SAGE’s women’s singing group share their story of how singing has helped to improve their mental health.

I was seeing a psychologist because of my seizures and PTSD due to a violent relationship that I had been trapped in.  It was my psychologist that suggested joining the SAGE singing group to get me out of the house and to start doing some more things.

I had to overcome some challenges in the beginning to get to the singing group as I was worried about meeting new people and scared that I didn’t know anyone there.  I thought that when I walked into the room everyone would stare and judge me. Twice I tried to attend the group but I didn’t have the confidence to get through the door.  It was after this that I was told Miriam, the singing support worker, would meet me at the entrance to the building where the group is held and accompany me in.  This encouraged me to go and gave me the confidence to walk in, as I wasn’t alone.

It was the support from others that I needed to get me to go for the first time and I’ve been going ever since.  It’s now my second year and it’s the highlight of my week.  It’s so enjoyable and it just brings out a different me – the me that I always want to be.  I want to get back to my normal, cheerful, happy self and here I feel like I can.  If you can’t sing you can’t sing, nobody says anything or judges you, we all just have a laugh.  We go on day trips and have done loads of performances too.

Six months ago I would never had gone to strange venues that I didn’t know and now it’s like second nature to me.  I didn’t think I would be able to sing in front of others but it’s like magic when we are all together.  We encourage each other so we all give a good performance and are not nervous about it.  Getting a CD of all the songs we have learnt during the term is another great thing that the SAGE singing group gives us.  It means that I can keep practicing all the songs that I have learnt and it helps me to relax when I can’t sleep at night.  It is when I can’t sleep that thoughts start whirling around in my head; I am able to stop worrying by putting the CD on and listening to it.

Being part of the singing group has given me confidence and has given me a routine. Many mornings, I don’t want to get out of bed but this is something that I always know I have to get out of bed for. Singing has allowed me to start trusting people again; I know that I can trust everyone here. They are not just new friends that I have made, they are like my family.

I’ve had quite a few knock backs. I had to look after my eldest daughter, who had psychotic depression for 2 years and then I helped a young girl next door that had a still birth baby.  After that I had a lot of trouble with various jobs that I had.  I wasn’t told that one job was only temporary and they finished me on Christmas Eve.  I was able to find another job but I had to leave after 6 months due to a lot of bullying.  I felt isolated as we were sent down for lunch on our own and it really got me down.  I’m epileptic as well, so this set my seizures off.

I was then diagnosed with throat cancer so I had to have chemotherapy and radio therapy.  I was in a right state but I couldn’t talk to many people because I had been isolated and couldn’t be near people.  Whenever I would bump into anyone that I knew, all they would say was “how’s your cancer?”.  I lost the knack of making conversation; it was like my life had turned into revolving around cancer.

It was my eldest daughter that noticed this group and I decided to go along.  I get anxious about being on time to go to things which made me extra nervous, so I arrived extremely early the first time I went.  I was scared to walk into somewhere that I didn’t know and with people I didn’t know but straight away when I walked in I felt welcomed and safe.  I have been going ever since.

Being part of the group gives me a reason to get up in the mornings.  It has given me confidence and my motto now is, ‘if you can talk, then you can sing’.  I’m chattier now too, there isn’t one person here who I couldn’t talk to.  You could put all our names in a hat and pick one out and I could go and talk to that person.  They are all amazing.

We went on a group trip to Forge Dam and we all paddled in the water, then we started randomly performing as a group in front of complete strangers.  We were not fazed or nervous at all.  It showed me just how much my confidence has grown from being part of the group.  When I’m singing it is like a mental holiday.  It’s not possible to sing and worry about things at the same time.  The people here are like my family.  I just love it; it should be 7 days a week.

Coming to the singing group has given me more aspirations for the future.  Top of the list is to still be part of the singing group in 5 years’ time – I never want it to end.  I also want to sign my dog up to be a support dog at the hospital.  I’ve got all the paperwork but I just can’t pick up the phone to make the phone call.  There is still a barrier in my mind but not in reality.  I don’t want to look back saying that I wish I had done it sooner.  However, I know I can get support from the singing group, in making the first step towards making the phone call.  I love every minute of singing with SAGE.  It’s nice to say that I’ve got friends that I see every Monday.  I just wish you could bottle the essence of the group and put it into the NHS. 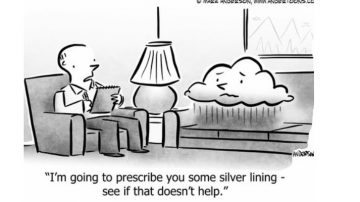 David Essex seductively assured me (with a cheeky pause) 'every cloud's got a silver --- lining', and Jeff Beck greeted... 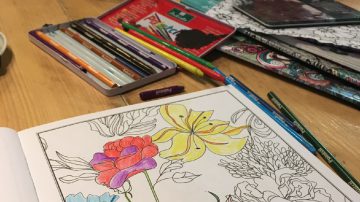 On a grey October afternoon when my mood matched the weather I visited Renew 6, a cafe in Walkley where... 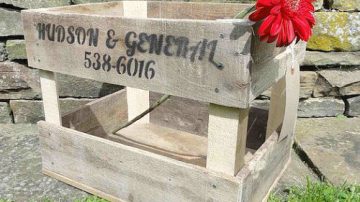 At Hudson &amp; General I sell my crates and products online using the Etsy online marketplace platform. There are a...