Lisa has told her story in lots of different ways – this time she’s had the help of artist Justine and colleague Jo.

I’ve heard Lisa’s story in different ways quite a few times over the two years we’ve worked together. It’s a story that’s been shared with hundreds of people – from David Cameron to the people we work with on a day to day basis at Sheffield Flourish. But the significance of what she’s been through only really hit home when I spoke to Liz Bowman – a friend of hers who was there through the toughest times. Liz told me:

“When I first met Lisa I was a Learning Champion at Gleadless Valley Community Forum. I’d seen Lisa in the centre a few times, and she’d always be sat on her own not talking to anyone.”

“I’d been working on setting up a confidence building course for women, so one day I sat down next to Lisa to see if she would take part. At first, she gave no acknowledgment that I’d sat down next to her.”

When I heard this, I thought to myself ‘the person Liz is describing just isn’t Lisa’.

Lisa asked me to tell her story, so here it is.

Lisa grew up in South Sheffield with her mum, dad and two older sisters. She loved playing out in the woods, and was growing a passion for Marvel characters.

She spent the first few years of her life in the Broomhill Flats – big concrete blocks not much different from Park Hill, except they eventually got knocked down to make way for new builds.

While she lived on that estate, she was hurt by an adult. The worst thing was she wasn’t able to tell anyone about it.

During this time she had a little nook under the ramp leading to the Flats where she’d hide. The only person she was able to share her pain with was her cousin, but when she lost him through Huntington’s Disease she had no one.

So when she turned 18 Lisa decided to make a big change. She’d always loved kids, so she moved to Canada to become a nanny. Typical of Lisa’s warmth, she quickly became one of the family and ended up staying in Toronto for 10 years, eventually becoming a mobile security supervisor.

Things were going well in Canada. After attempting a relationship with a male friend they’d both realised they were gay, and she was embracing this new identity with flare. Anyone seen her Billy Idol Drag King act? She was settling in to Canadian culture, she’d even learnt to say ‘tomayto’ instead of ‘tomato’. But when a loved one died and a long term relationship ended, she decided to move back to Sheffield.

The honeymoon period of being back in the UK didn’t last long. One day, when she was shopping in Crystal Peaks, she suddenly and unexpectedly came face to face with her abuser. As he acknowledged her presence, everything she had hidden from herself for a decade came rushing back. She dropped her shopping and ran. Not long afterwards she had a breakdown and started self-harming.

Now I want to talk about the Lisa we know today, the only one I have known. A loving and dedicated carer for her wife Jo, who has agoraphobia. ‘Nanan Lisa’ to a whole gaggle of local children. Someone friends turn to when they need somewhere to stay. She likes to get in front of crowds and get them laughing along with her. Her alter ego is Hulk, and she still says tomayto.

The thing I know her for best, working where we both work, is her passion for mental health. After Liz Bowman sat down next to her that day, her confidence came back quickly. Within months, she wasn’t just attending the confidence building course, she was running her own mental health group!

Nowadays, when someone sits down next to Lisa, she’s the one who starts the conversation.

Thank you to Justine for the beautiful artwork and Thank you to Jo & Liz for capturing my story in a way I could not.
Lisa 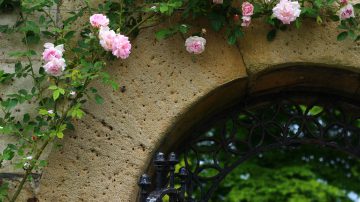 Anne Sophie Cornelius: I Cut Off My Abuser Two Years Ago And Here’s What’s Happened Since

For those who don’t know, two years ago I made the soul-wrenchingly liberating decision to say “enough is enough, treat... 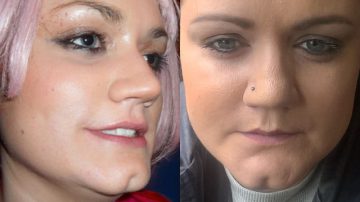 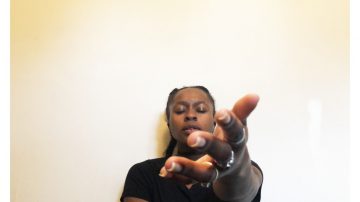 Wemmy is a Creative Copywriter passionate about exploring the power of words, images and their stories. She loves telling a...