Josh planned to end his life in 2016.  He tells his story, and talks about the biggest and best things he’s grateful to be here for.  Trigger warning: Mention of suicidal thoughts

Before my breakdown, I was working a stressful job that made me a lot of my money. I was OBSESSED with money, and would often work 60 hours a week without batting an eye, though that was more due to the copious amounts of energy drink I would consume. I was also attending college part time in the hopes of going on to university. All this while juggling a long term relationship and suddenly there weren’t enough hours in the day to support my mental wellbeing. I was burning the candle at both ends, to say the least.

Quickly, my mental state deteriorated, I became quick to anger and would take this out on colleagues and customers alike. Going to work became a nightmare; I would have panic attacks and bouts of anxiety just trying to leave my apartment.

I experimented with psychedelics in the hope of finding some sort of enlightenment, but this only served to deepen my anxiety and led to some very scary delusions. My only path out of the nightmare then, was suicide, and so began to make a plan.

The details of this plan aren’t important, but I ended up in a hotel in Manchester, ready to catch a plane the next day. It wasn’t until I was checking in to the hotel I realised I had forgotten my passport.

“This one mistake saved my life; my plan crumbled before me and I had to second guess whether or not it was the right thing to do.”

I saw reason and called out to the one person I knew would crawl through fire and fury to help me, my mother. I suggested I stay the night and she come and get me in the morning, but she insisted on taking the journey from Sheffield to Manchester right there and then. In just a few hours she arrived, and brought me home.

My road to recovery was, and still is, a long one. It wasn’t until early 2019 that I started looking for work again and felt comfortable putting myself out there. I researched some mental health services and found Open Door Music. Having played drums in my youth and studied music at sixth form, music has always been a crucial part of my life and I’m at my most peaceful playing drums or listening to tunes. I was very anxious going to Open Door for the first time, but was welcomed by an amazing group of people and have attended every week since.

Being in a much better place, I often think about what I would have missed out on had my suicide happened. This list is not exhaustive, but it covers some of the highlights for me over the past few years.

Finding a new way to play:

I’d wanted to play tabletop role playing games for as long as I can remember. A massive prerequisite to this unsurprisingly is a friend group to play with, and I had none. That’s when I discovered Critical Role, a livestreamed Dungeons and Dragons game played by a group of voice actors from animation and video games. It was a perfect compromise for someone in my situation, living vicariously through these amazing actors as they did the same through their characters. They weaved epic tales of heroism and bravery simply through improvisation, guided by the fate of the dice. The possibilities are limitless and I wish to spread the joy of storytelling via this medium to everyone I can.

Pro wrestling is my guilty pleasure. It’s ridiculous at times and breath-taking at others but most of all it’s provided some of my most memorable moments in tv/sports history. In 2019, for the first time ever, the biggest show of the year, Wrestlemania was headlined by a women’s match. Women’s wrestling, once a sideshow at best, is more popular than ever and through nothing but merit, the performers have scratched and clawed their way to be recognised as equals and fight the stigma of how women were presented in wrestling in decades past. Watching this over the last few years has been amazingly inspiring. It’s a place of escapism for all willing to buy in to the absurdity of it, and it’s the one topic I can wax poetic on for hours.

If I had taken my life, I would have missed the conclusion of arguably the two most important film franchises ever. Avengers wrapped up in 2018 with Endgame, and Star Wars concluded with Episode IX in late 2019. I attended screenings of both of these films alone, in order to immerse myself fully in to the moment. I basically wept throughout the entire runtime of both these films, there were probably a few reasons why that happened, but most importantly it’s a sense of gratefulness that I am still alive to be able to witness these moments.

In 2019, thanks to Open Door Music, I played my first live gig, and then many more This is something I could never see myself doing, having always dealt with performance anxiety but also just never having the chance to play with other people. Open Door changed this in the best way, playing with all sorts of amazing musicians and building trust and friendship with many of them. Most memorable for me was Sasstonbury – local charity SASS’s annual musical celebration – as it was so well presented and set up for us to just get up and play. This took a lot of the nervousness out of performing for me and I think it was one of Open Door’s best gigs to date.

The birth of my nephew:

My nephew was born in October 2018 and is the biggest and most constant reminder as to why I’m happy and grateful to be alive. He’s an inspiration in the truest sense of the word. I am inspired to be an uncle he can look up to, and not one that he is embarrassed to have or indeed, one he never got to meet. 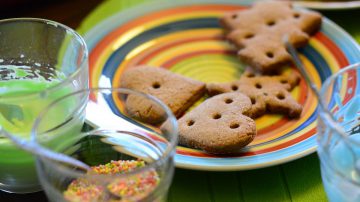 At the University of Sheffield there is a very special community of students who are working to increase awareness of... 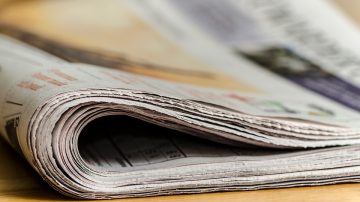 In a world of streaming, 24/7 news and social media it is getting increasingly difficult to remove ourselves from the... 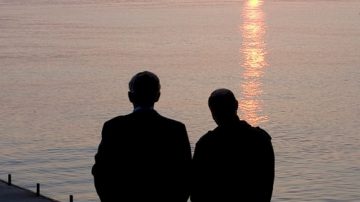 Dave Luck: What’s So Manly About Manning Up?

On Friday Piers Morgan tweeted: “I'm not convinced by this new trend of male public soul-bearing. Time for our gender...