Jack: Do We Need to Start Talking About Our Own Mental Health Differently?

Jack reflects on the experience of being ‘outed’ as living with anxiety and sees connections to father-son relations in the form of role modelling.

In an attempt to skew this into what can be considered a ‘role-model’ story aligning with this month’s theme, I’m going talk about something that happened with my Dad at the cheeriest of events – a funeral. I promise it’s not as depressing as it sounds (and I’ve chosen to use the D-word as an adjective here purposefully). Anyhow, let me set the scene.

The funeral took place after I’d been diagnosed with Generalised Anxiety Disorder, but before I’d had any successful treatment…so, let’s just say I still wasn’t in what you might call the best of places. I’d developed the common anxiety trope of having to be close to an exit in case I needed to escape to panic out of the public eye. (I’ve spent way too much time in my life ensuring I book cinema trips online where I can specifically select the end seat and enjoy the production without thinking about having to trample over people when my hypothetical anxiety attack occurs). Anyway, because of this – I asked my Dad if we could sit on the end of the pew in the Crematorium – he said that was fine and we took our seat. A couple of minutes later, a family member asked us to budge up to make room for other people on our empty bench and my Dad replies, “We’re staying here because of Jack’s anxiety”.

I’m sure you all made an audible gasp; I certainly made an internal one at the time. “He said it out loud – he blamed my anxiety for something I couldn’t do!” – I experienced the same feeling as when I read negative media interpretations where people with mental health conditions are painted as lazy or incapable. However, when I stopped and thought about it – if I’d had a broken ankle and needed to space at the end of the pew…he’d had said the exact same thing? So, what’s different here? Don’t we want to talk about mental health in the more open way we talk about what we class as ‘physical’ health?

I perhaps don’t have to tell anyone reading this, but Mental Health is hugely stigmatised even in 2019, which is one of the major factors that I think makes us so wary of what language we use or how we react when others use certain words. I’d argue that people rarely say, “I can’t go out because of my anxiety” and will perhaps dress it up more generically as “I’m not feeling too good”. Of course, these types of generalisation can also happen with physical health (I’ve certainly avoided telling friend’s I can’t make something whilst sparing the details of an ‘upset stomach’), however, I don’t think that is to do with the worry of judgement like you find with mental health.

I really want us to all change the implicit way we talk about our mental health, where we don’t even question saying “I’m feeling depressed today” as a valid excuse to get out of an event or as a reply to someone asking how you are. We shouldn’t have to censor ourselves to suit others, we owe that to ourselves. I realise I’m totally oversimplifying the matter, because there’s still a huge amount of work to do in terms of people’s perceptions of mental health and how they judge those who struggle with it, so maybe this is more of a Utopian view of our future – but I don’t see why it’s not achievable.

I thought I’d end here with a note that I love this story because it’s a prime example of why my very proud and very northern Dad is my role model. Even in a situation which was often embarrassing for me to talk about, my Dad lead the way in showing it’s nothing to be ashamed of but is something to be supported and understood like any other condition, thus we should talk about it as such. 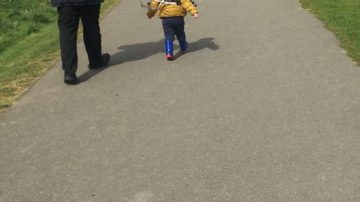 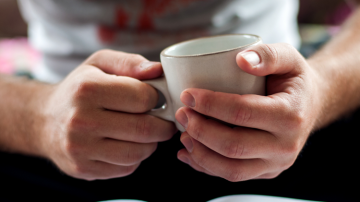 How did you get involved with the group? And why? ‘I was in contact with a psychiatrist for a while... 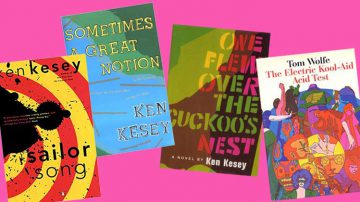 I never admitted it at the time, but I was incredibly proud to be the first director of McMurphy’s in...