Many thanks to Fatima for sharing her story about living with paranoid schizophrenia and her experience of treatments at different acute wards and secure hospitals. This story is part of the Mind The Gap project. Trigger warning: references to suicidal thoughts.

As a child I was in foster care. At the age of 16 I got depressed and at my late 20th, I had my first psychotic episode. I was paranoid.

Problems with a racist and abusive neighbour made my life more difficult. Because of their racist harassment and damage to my car, I lost my job at an agency. My paranoia got worse and I thought I was being followed and TV broadcasted my thoughts. For example, one day I made a coach trip to London and went to the MI5 building and told them I was being followed. I thought I was the subject of the war on terror because I was from Somali background.

In 2007, I was admitted to Stanage and Maple acute wards. I was given short term medication, felt better, but they didn’t diagnose my mental illness. I was sent home with some medication, and a few months home treatment. During that time I moved home. My social worker said I should be happy. I wasn’t.

They never warned me that I needed to take medication for the rest of my life. The side effect of coming out of medication, the withdrawal, made me suicidal. Before treatment I was paranoid but never suicidal.

My mental health got worse and I burned the curtains of my council flat. I was arrested and was on remand for 3 weeks. During those 3 weeks I was paranoid about food and thought there was poison in it. Finally, 2 psychiatrists came to see me and said I needed treatment so I was sent to a secure private hospital in York in 2011. It was there that I was diagnosed with paranoid schizophrenia for the first time.

I was far away from family and friends and it was shocking but the good news was I wasn’t sent to prison.

After about a year I was sent to another private hospital in Sheffield. The medication worked for me and brought me around. I did a fire awareness course and psychology and understood my condition. There was halal food for Muslims and prayer rooms available. We could celebrate religious festivals and even had an Imam at the ward.

In 2010 there were respite beds available, but now in Sheffield people in crisis can’t get respite beds. There are fewer and fewer beds and people have to go to other cities which is devastating.

In 2015 I fell ill again, had to stay in Maple acute hospital and Forest Close rehabilitation wards.

Some issues with private hospitals are that patients are left to over-eat. They gain weight and become diabetic, smokers, and have poor physical health. I gained a lot of weight and lost my confidence. It affected my self-esteem and mental health. Private hospitals are happy to have calm, sleepy, patients, and they please them food-wise. There are cakes, donuts, and chocolates available all the time!

Another problem with private hospitals is they want to keep the patients for a long time because of money. They don’t want patients to leave. There are some forgotten people in hospitals who are kept for years and years because of receiving money from the NHS.

Respite worked well for me – close to home and free. What didn’t work for me was being given medication without warning that coming off them could be quite dangerous and would make me suicidal. Not having a social worker after my first episode wasn’t helpful either.

Now I have a care coordinator and psychiatrist. Diagnosis and proper treatment can help. Only because of not having them, it made me relapse and set fire to my flat and burn my curtains.

Now to get respite you need a SDS package. 10 years ago you didn’t. SDS – stands for self directed support – and that is rationed by the council. Limited budgets and more needy people means you don’t get weeks of respite – you only get a weekend. And the 10 bed respite place has now only one bed for all of Sheffield because 9 beds are for people coming out of hospital and waiting for housing.

Since Sheffield Health and Social Care closed Rowan ward and Pinecroft ward in 2015, there are 18 plus fewer beds and more people in crisis than ever. There’s not enough beds to go around. I think there’s a new respite place in Rotherham – not close for me – and not sure if that’s free. Travelling can be very difficult for some people. You want to be near home and family when you are very ill. Sheffield needs to have secure hospitals. 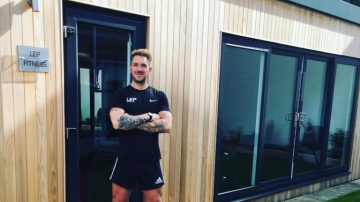 When you are struggling and suffering from depression, it can be hard to gain a different perspective and see alternatives... 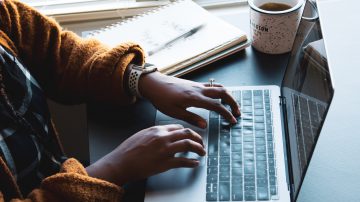 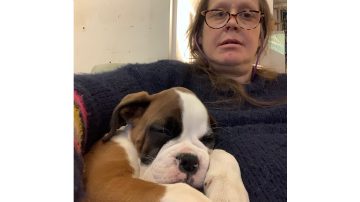 Jane Peryer: From One Disaster to the Next

I was until recently living in the Scottish Borders but events have led me back to Sheffield. I had a...