From northern city to southern village - and back again. Becky Mairi Farrell reflects on the impact of cultural factors on her decision to cross the north-south divide.

I spent the first 18 years of my life in Basingstoke, about 50 miles south of London. In the 1980s Basingstoke was the place on the tip of anyone’s tongue who wanted to describe somewhere really boring. Over the years many people have told me that they’ve passed Basingstoke on their way to somewhere else, to which my usual reply has been: “That’s the best thing to do!”

Suffice it to say that I have no sentimental attachment to my home town. In fact I remember sitting in my bedroom as a teenager wishing that I could go home. The fact that I was at home already didn’t give me any sense of belonging.

After 22 years of living elsewhere, of which 10 years in Sheffield, I decided to move back. Given that I love Sheffield and had few fond memories of Basingstoke it wasn’t an obvious choice. But my parents and their partners still live there, as do my youngest brother and his family. After a longish period in hospital during which my only persistent motivation to stay alive was so as not to bereave my family, it seemed a bit ridiculous to live 200 miles from them.

As things worked out moving to Basingstoke was impossible. The rental market there is fierce. Most council housing got sold off and, with unemployment being historically low, most people are climbing the property ladder. The few properties to let are snapped up within minutes and no one at all wanted to rent to a woman on housing benefit with a cat. Eventually I found a flat in a village 8 miles from town and made the move south.

The first difference I noticed was that everyone out during the day had grey hair. As I said, unemployment barely exists there, and few women stay home with their children. It took me months to find friends of my own age, and most of them were constantly busy trying to fit life around work. In this environment there seemed to be little tolerance of unemployment. People on benefits were all defrauding the taxpayer (i.e. them personally). I felt very conspicuous if I was out during work hours in a way that I haven’t felt elsewhere.

Public transport was terrible. I had a “good” bus service which was half hourly during the day with 3 buses in the evening. Most areas weren’t so lucky.

Then we had the election. My Dad has always been a Labour supporter but that’s uncommon in Basingstoke. All the talk I heard around me was right wing and, though there were notable exceptions, distinctly lacking in compassion. Many people’s attitude seemed to be “Why should I have to pay for… [insert any kind of community or welfare resource]”. In my constituency UKIP did better than the combined votes of everyone else who wasn’t Tory. I walked dazedly around the village wondering at what kind of neighbours I’d ended up with.

Mental health services there were virtually non-existent. Even after all the cuts to services in Sheffield we have a far superior mental health service here. While I was there the shocking news of around 1000 deaths to suicide of people in the care of Southern Health came out. My, admittedly cynical, response was to be surprised that Southern Health had actually consented to treat quite so many people, since most people I met with mental health conditions had no statutory support at all.

I returned to see friends in Sheffield several times and always felt like I was picking up my real life, and that my life down south was some kind of aberration. I kept telling myself that I should give it a year before thinking about moving back, but in the event I was house hunting within 9 months of moving.

So thank you, Sheffield, for adopting this reluctant southerner. I have never spent a moment in this city wishing I could go home. I’m already there. 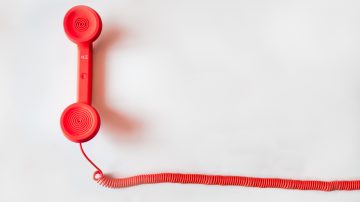 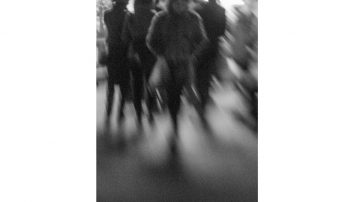 I am not quite anything Today I am not feeling anything. Those emotions seem just out of reach I am...

Ruth Durkin: All I want for Christmas is you

In the last two months of my pregnancy in 2017, I had prenatal depression. This meant that in addition to...