Ryan Oxley gives a candid account of excessive alcohol consumption in the setting of normal everyday life. He describes its causes and how he tackled his drinking behaviour, including through meditation. A story that has useful information about sources of help and support.

I’ve waited about six months to write this down. It comes at a time of national emergency and enforced lockdown, and with the onus being on both individual and public health. I hope that this story can resonate and has kudos, and gives hope that there is always light at the end of the tunnel. Having taken part in a discussion forum for Sheffield Flourish I was approached to write a story about where I was on my journey.

I didn’t feel ready though and at the time, though aiming for a year off the beer, I didn’t want to jinx how far I’d got and how far I still had to go.

Six months before the forum meeting I’d made a conscious decision to stop drinking alcohol. I wasn’t sat on a park bench with cider in a brown paper bag or swaying out of a pub on a Friday night. I was what’s known as a ‘grey area’ drinker. I was drinking alcohol daily. It was never a massive amount and certainly not that cliched ‘bottle of vodka with breakfast’ either, but daily none the less.

I was drinking every evening and possibly exceeding the ‘daily allowance’ but never missing a day of work. I have a good job, wife, daughter, stable home life, and from the outside it looked like domestic bliss. It kind of was and I’m very lucky to have such a supportive wife but my tinnitus and burgeoning drink habit were ferocious bedfellows. I was self-medicating with alcohol – a dangerous prescription.

Every weekend I’d wake up on the living room sofa with a terrible taste in my mouth. Another night where I’d fallen asleep next to a small pile of empty cider bottles. It’s called ‘blackout’ – drinking to oblivion to turn off the lights, to dull the internal pain. Hitting the ‘self-destruct’ button with enthusiasm, the self-saboteur in full throttle. Alcohol. Clearly legal, perfectly acceptable inebriation. Alcohol. That ‘friend’ in times of celebration, commiseration, & birthdays, the weekend wine, the Sunday pint. It’s available just about anywhere and at any time.

What made this hangover any different to any other I’d had over a decade of drinking? I’ve no idea, but feeling rough I went upstairs to my sleeping wife and daughter and decided they deserved better. I deserved better actually and I decided enough was enough.

Diagnosed with tinnitus about 10 years ago and as a one-time musician, radio DJ and gig-goer, it’s pretty obvious that too much exposure to loud noise had permanently damaged my hearing. A relentless 24/7 permanent and incurable ringing in my ears. Although I now wear hearing aids, it counters little and if left unmanaged can cause stress, insomnia and deep depression. The latter I have always struggled with but as I say, being in bands, going to gigs, and being part of the new music scene, alcohol was causing me far more damage than tinnitus ever would.

Reaching the end of my tether, my audiologist (ear doctor) recommended mindfulness meditation to retrain my brain and to try and alleviate the ringing. The alcohol was only knocking me out, you see. The ringing in my ears is permanent and persistent, regardless of alcohol’s effect.

A quick google search and I found a free 4-week mindfulness meditation course being run by the Improving Access to Psychological Therapies (IAPT) national programme in Sheffield and quickly enrolled. I can honestly say that this changed everything for me. Although only a 4-week course, I began practising meditation daily. Just two months later, I stopped drinking completely and I haven’t touched a drop since. Alongside willpower, a dogged determination, and engrossing myself in sobriety podcasts, literature, YouTube videos and books I’ve done it. As for alcohol? I will give you some advice. If you ever think to yourself ‘Am I drinking too much?’ the answer is always YES. 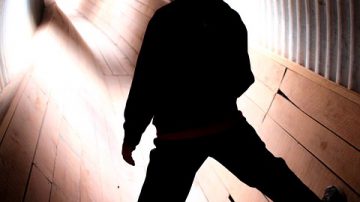 A Letter to Self

Dear Tom, I realise you probably won't believe this, but I am writing to you from the future. I am... 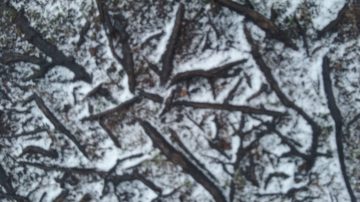 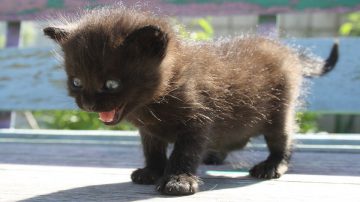 For anyone currently at University, I doubt it’s any sort of a surprise that the number of first year students...