There is so much beauty to explore in Sheffield’s great outdoors, as the dozen people who took part in a photo walking tour found out.

The tour was organised by Sheffield Flourish along with Sheffield and Rotherham Wildlife Trust, whose offices are close by one another on Stafford Road near Norfolk Heritage Park.

The event was a chance to trial Shmapped, a new app that allows users to map Sheffield and measure their experience of city living in terms of nature and architecture.

The Wildlife Trust hosted the event, initially in one of their meeting rooms where Eleanor Comley explained how to use the app. Over the course of a month it allows users to upload comments and photos about their experience of Sheffield’s outdoor spaces.

Once the group had got to grips with the app and posed for a photo for the Sheffield Star, we set off along the leafy suburban streets – taking photos on smartphones and cameras of whatever caught our eye. We tried hard to spot the extraordinary in the ordinary, inspired by one of Sheffield Flourish’s stories.

Early landmarks were the former Cholera Hospital and the Cholera Monument, the latter a memorial to the victims of the 1832 cholera epidemic.

The gardens where the monument is situated have stunning views of the city and much natural beauty inside, giving us reason to stay there a while.

From there we walked to Norfolk Heritage Park, pausing at the gates where one member of the group explained how the natural patterns on the stonework show how the river the stone was once under had changed directions. Every day is a school day, so they say!

We then walked up the impressive tree-lined path, taking more photos before our tour ended next to the Grade 2 listed park’s bustling Centre in the Park, which features a café and other facilities.

Although the tour was over, for many of us it was just the start of a month using Shmapped to record our experience of Sheffield’s wonderful outdoor spaces.

More details about the app are at: http://iwun.uk/shmapped/ 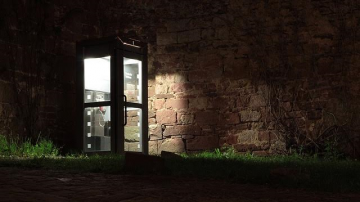 I love my wife, she’s my best friend. We’re generally happy and have a lovely family. For the majority of... 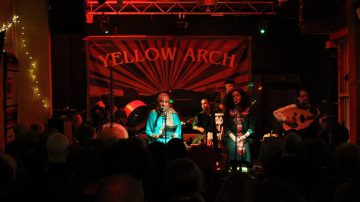 Rafiki Jazz are a world music phenomenon. Based in Sheffield, they hail from all corners of the globe. The two... 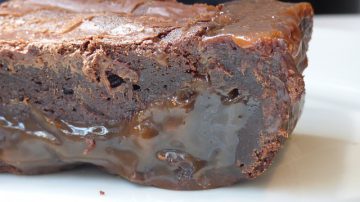