Neil, 58, is an artist and writer. He cared for his mother at home until she passed away from Alzheimer’s in 2010. Neil lives an active lifestyle but struggles to maintain the family home due to his disability of cerebral palsy.

My name is Neil Simpson. I am a citizen of Sheffield. I am 58. I am a former carer. And I am an artist and a writer. I think about that about sums me up, really. Four years ago I was acting as a carer of my mother who developed Alzheimer’s. So I applied for benefit. I actually went to the Carer’s Centre, because that’s an art form! Applying for things like disability, living allowance all that kind of stuff, is an art form because you make that wrong quarter sentence, and you’re not getting it. And you need be connected enough to know that stuff’s there and that’s hard because you think right, who do I go and see about this issue? What office do I go and see?

I sought help from The Carer’s Society. I sought help from Disability Sheffield as I worked for them. The carers were very good, they helped with the form filling. There was a successful care package. There was a whole series of people. And I was repeating exactly the same story which is a strange thing. I mean, wouldn’t it be good idea if they actually had the notes? If that first person you met said I think you need a social worker, you need a care worker, we need the benefit person, we need a doctor.

I think what it is, is departments – you’ve got departments who don’t talk to each other. In fact, a couple of them actually phoned me afterwards. Now hang on, if you found one of your clients is dead, wouldn’t it be a good idea if you actually got told that one of your clients is dead? Who is not telling who? So obviously they are not sending emails to each other, are they?

The main sadness was as soon as my mother died there was nothing. There was no, ‘Right, how are you feeling? What’s happening now? This is an organization you could call if you are having a serious trouble. I just got, you know, well you’ve finished your job now, you can go back to live. But I am no longer a carer so I don’t get carer allowances. We were also reliant on my Dad’s pension, that disappeared as well. And my wages, my income collapsed. So I ended up living in a fairly large Edwardian semi on a part-time wage which I have found increasingly hard to live on. There was no intermediate bit saying well you know, we can ease you through this.

I have a disability and that’s the other part of my story. I have CP – cerebral palsy. I have fairly minimal cerebral palsy – I can walk, I can talk, I can do all sorts of things but there are lots things I can’t do, physically, for instance I can’t do fiddly jobs. If the lighting goes in a certain place, if I can’t immediately fix it, I will do without it. I use a torch, I use a torch and I know where I am. I know exactly where I am.

I need some kind of social housing, some kind of easily accessible housing. One of the main problems is the concept of social housing tends to be a one size fits all. We aren’t like that – none of us like that. We all have needs. How would you tick box me? I can walk, I can do all sorts of other things but there’s lots of stuff I can’t do and a lot of stuff I might need a little bit of help with.

I had arguments with my Dad many years ago, he said, ‘Why don’t you go and sign on?’ and I said, ‘I don’t want to do that, I want to work.’ I genuinely feel sometimes I am being punished for working. I am being punished for being independent. I mean I’ve done an awful lot of stuff in my life. I’ve worked for the best part of 20 odd years, this is my 20th year working at Botanical Gardens doing a fairly good job, so you know, I can stand proud and hold my own. 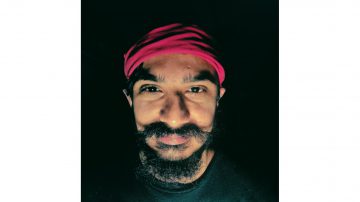 Arun is an artist and mental health advocate whose aim is to try and raise awareness. He made this short... 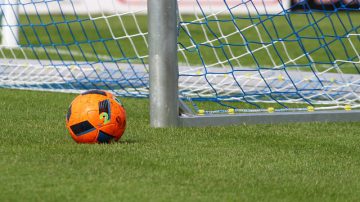 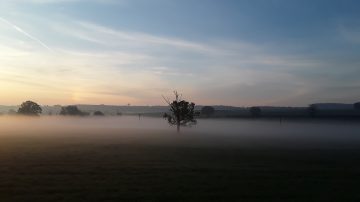