Michael Cambell: Strangers on a Train

An everyday occurrence sparks reflection on one man’s journey with social anxiety.

I’m typing this on my phone on the train from Sheffield to London at 6am, I’ve been up since 4am and have already had one train cancelled due to “The Beast from the East!”, so forgive me if I’m not too coherent.

Anyway, back to the reason why I began these ramblings: on a very empty train, a man sat down opposite me at the table seat I chose, no reservation, hundreds of seats to choose from, but chose to sit with me. “Why is that an issue?” you ask. Well not many people are aware of this, but I suffer (terribly) with social anxiety and I thought it appropriate to share my experience.

As an adolescent I was a typical, confident young lad, neither scared nor intimidated by anyone or anything. I turned into an outgoing young man, and by the age of 24 I was running a bar/restaurant and enjoying a very active social life.

All that changed at 25: I was walking home with my then girlfriend after a night out when I was attacked by a group of five young men, one of whom I’d had a verbal disagreement with earlier in the night after he assaulted my girlfriend – I was fearless remember!

They beat me unconscious and the next thing I knew I was on a ward in the Northern General Hospital with my family standing around my bed. Apparently I had been hit over the head with a road sign, fallen and split my head on the kerb, left in a pool of blood with a traumatised young girlfriend.

After 10 stitches and a night in hospital, I was back home. But home was suddenly a lonely place. What once was a fantastic bachelor pad, when I first bought it, had now become a safe house. I didn’t answer the door or the phone. I’d sit awake until the early hours and very rarely sleep. I caught taxis to and from work to avoid people, especially at night; I was terrified to go out alone. At work I would lock myself in the disabled toilet and cry whilst we had parties going on in the bar. To be the face of the business I’d drink so much alcohol that I’d become a different person; confident and sociable. But it affected my moods, I became very angry and ultimately, depressed.

I left the job as I could no longer force myself to work late nights, I used to dread going to work and the alcohol consumption was making me ill.

My sister-in-law, an optician, got me a job at her place of work. I’d always been a bright lad, and I started to train to be an optician myself.

The job involved working with the general public, every day. I loathed it. It wasn’t so much the job, it was the people. It was a budget high street opticians, and the clientele weren’t the friendliest folk. In fact, some were very aggressive. I soon started drinking again, not sleeping, the dread of work had returned.

Age 27, I met my now wife. As someone with social anxiety, we met in the most uncomfortable of situations: a public event. I remember catching her eye and she smiled at me, it gave me a little flutter, but there was absolutely no way I would engage in conversation with her. I had no choice – she came over to sit with me and offered me a beer (she was onto a winner!), and for the first time in years I relaxed, I was completely at ease. The next thing I knew it was dark, everybody had gone home (we were at a gig in a park) and there were just the two of us left. We headed to the pub for a couple more drinks and parted ways, exchanging numbers of course.

I didn’t know it then, but my life had changed. Lucy, my wife, worked at Sheffield Hallam University. Over the first few months that we were together, she knew that I was depressed, “you are worth so much more” she used to say when I’d come home from work and be so upset. She pushed me to apply for a job at the University, so I did.

Nervous, shy, socially awkward old me, with crazy, long, curly hair to make me seem far more hip than I was, went to the interview and somehow got it. I was working in events; the team were so welcoming and inclusive. I started at the same time as another girl who’d gone for the same job, they couldn’t choose between us so took us both on. She became my “work wife” over the years and helped me through a hell of a lot at work.

My confidence grew; I started to believe in myself more and built many great relationships across the University. But after five years in the Events Team I hit another low, I’d gone as far as I could, I couldn’t progress. I’d interviewed for other jobs and been unsuccessful. I started to question if I was good enough, I reverted into myself and became detached. I didn’t open up about things, and I didn’t feel supported, but how could I be if nobody knew?

Lucy had signed up to be my wife two years before; she gave me the best present I could ever wish for: our little girl, Edie. She was as strong and supportive as ever: “You are worth so much more” she said once more. “I believe in you”.

She meant it, she helped me through so many times when I would break down after scary social situations, and she genuinely always believed in me.

Fast forward to the end of 2017 (I’m nearly done, I promise!), and at 33 I applied for a job I NEVER thought I would get: a Communications Manager, me – communicating.

I was my usual pessimistic self after the interview, had completely written myself off. I even emailed the chair of the panel to apologise for my terrible performance and thank them for the opportunity. When I got the phone call I was ready for the confirmation of my worries, but I was absolutely blown away by the offer of the job! I think I asked if she was being serious!

I’ve been in post a couple of months now and I have to say that the faith shown in me by my manager is unprecedented. As much as I pull one way and question myself, she pulls back twice as hard and fills me with confidence, she’s open, honest and extremely supportive. She will never know how much it has meant to me for someone to have faith in me professionally (until she reads this!) and I have already learned so much from her.

I’m not saying I’m an all singing, all dancing communications guru who can chat to anyone. I’m far from it, but the inclusivity I’ve experienced at Sheffield Hallam, the friends that I’ve made, gave me the confidence to say to the man opposite me on the train: “Bloody awful weather isn’t it?!”

And do you know what, that’s a million miles from where I once was.

If you are suffering from any form of mental health issues, please don’t be afraid to talk to people about it; don’t bottle it up like I did for so long. There really are some truly amazing people here (and at home).

Thank you for enduring my rambles. 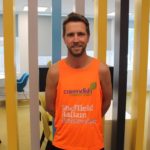 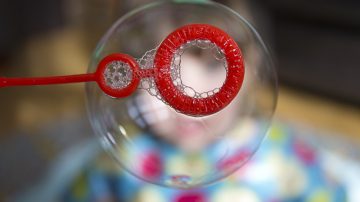 Maybe being a ‘Silly Buddy’ is part of the answer There are many ways in which Sheffield people are already... 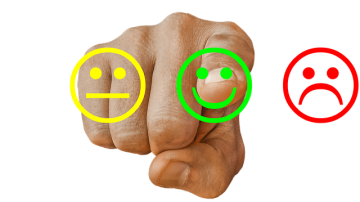 We're looking for people to tell us how being involved with Sheffield Flourish (from using the website to attending an... 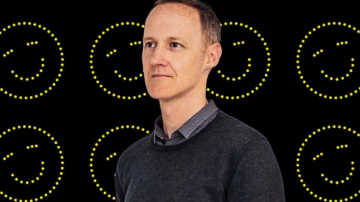 I am a University Teacher/Researcher in Mental Health at ScHARR (the University of Sheffield), and for this year’s Festival of...