Catherine Clarke describes her and her son’s experience of the use of drugs used in psychiatric treatment.  She argues the importance of genotype screening to avoid the adverse, and dangerous, consequences of uninformed prescribing.

Prozac didn’t work well for my son – he got nightmares and became increasingly anxious. The GP doubled the dosage. Within three days my son was admitted to Nether Edge Hospital in acute crisis. He was treated with different and multiple mental health drugs. He got worse not better, was in and out of hospital like a yo-yo and I felt uneasy about the treatment he was receiving. Four years later he was so doped up with the drugs he slept up to eighteen hours a day. He was like an obedient compliant lap dog, becoming incapable of functioning adequately as an adult.

What I couldn’t understand was why on earth hadn’t the drugs been effective for him. They seem to work for some people. So, I decided to do some researching. What a revelation….

I discovered if a person has an inborn ability to break down drugs efficiently there are no side effects. On the other hand, if a person has not got the ability to break down drugs efficiently then drug poisons build up within the body. This causes side effects. And in the case of mental health drugs these poisons additionally trigger reactions that mimic symptoms of mental health conditions such as delusions, hallucinations, mania and akathisia. These in turn can trigger violence, suicide and homicide. And it’s nothing at all to do with the original health condition. Putting the dose up or prescribing multiple drugs at the same time just aggravates the situation.

Being convinced my son had this inborn genetic inability I arranged for him to have the genetic CYP450 test and, yes, my son was one of these people. All the physical and psychological trauma he was legally forced to endure with drug treatment whilst sectioned could have been avoided. All for the sake of a one-off genetic test taken up front prior to taking antidepressants. The test would have shown he needed an adjusted dosage according to his genetic needs. Eventually the dosage was reduced and my son has not been in hospital for over ten years.

CYP450 testing has been known to drug companies for decades and people who have this genetic inability are excluded from the later stages of trials, thereby distorting results. Different populations have different rates for breakdown of drugs. So people from BME populations are more likely to be unable to break down mental health drugs efficiently compared with Caucasians.

Since 2007, UK acclaimed mental health leaders have said more research is needed. But research began twenty years ago and the evidence is already here. Treatment Emergent Violence To Self And Others; A Literature Review of Neuropsychiatric Adverse Reactions For Antidepressant And Neuroleptic Psychiatric Drugs And General Medications

In psychiatric hospitals, CYP450 testing is used at the consultants’ discretion when high dosage of drugs is being considered, since over-medication is dangerous and can even lead to fatality. Also, patients can request testing from their consultant (assuming, of course, that they know about the tests). However, NHS England and NHS Improvement have decided against making testing routine prior to prescribing mental health drugs. This means GPs will only arrange CYP450 testing if they are aware individuals differ in their ability to metabolise drugs efficiently and the necessity for the test. One way in which awareness can be raised is by patients and the public becoming more aware of CYP450 test and request testing prior to treatment. Only through much wider awareness will doctors and patients have a truly informed choice about mental health drug safety. 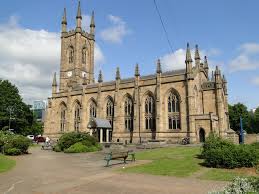 “I’ve used TimeBuilders to build my own confidence and to share it with other people.” Those are the words of...

I took early retirement on the grounds of ill health when I was 42 and did some campaigning for mental... 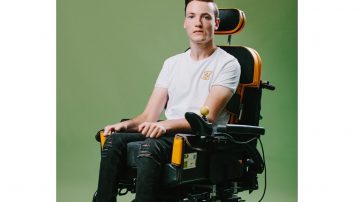