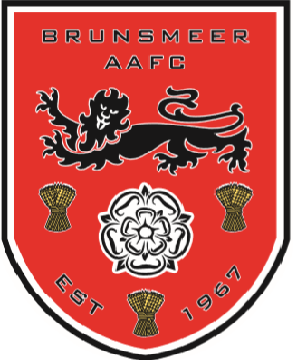 Brunsmeer Awareness FC is a mental health friendly football club running weekly sessions for men and women. The club friendly and fun kick-abouts, as well as competing in our league and offering training opportunities.

Brunsmeer Awareness Football Club is one of the enterprises supported by Sheffield Flourish. The football project began in 2013 and has been going from strength to strength.

To find out more about the location and times have a look at the Brunsmeer Awareness page on the Sheffield Mental Health Guide.

“The football team has helped me build my confidence up as I am able to socialise with other people who are going through similar problems and are able to talk as well as let some steam through playing sport”
Brunsmeer Awareness FC attendee.

I first got involved with Brunsmeer back in September of 2018, after a friend sent me a link to some footage of the team in action on their Instagram page. “Have you seen this” she remarked. “There’s a mental health football team that runs in Sheffield, kinda similar to the one back in Stockport but for Adults, you should check it out.”

I am a university student studying in Sheffield, originally from Stockport, and I used to be part of a small charity there running football sessions for children with learning difficulties. It was a wonderful organisation that I was only a part of for a very short time, and since then I had never come across anything else quite like it. That is of course, until I came across Brunsmeer Awareness FC. Upon receiving my friend’s message, I quickly breezed through all the information I could find on the club and was keen to get involved. I contacted the club’s primary organiser Sam Dawson, who warmly invited me down to one of the weekly training sessions.

What was very apparent right from the off was the sense of community that has been built here. Brunsmeer was set up as a non-discriminative safe space for people from any background or community to come together and simply enjoy a game of football. However, it’s clear that the club has become so much more for the people involved, and it’s a testament to the players and managers alike that I myself very quickly felt like a well-established member after just one training session.

This really is a community, with friendly people playing football and socialising in a fun and welcoming atmosphere. When I was first introduced to the team I didn’t know anyone involved, and being a university student I’m still relatively fresh to the Sheffield area in general. By the end of my first session however, I felt entirely invested in the club, and this is testament more than anything to the club’s attitude, which is reflected by that of each and every member. In a time when football seems to be increasingly looked down upon due to negative public issues both on and off the pitch, Brunsmeer’s encapsulation of everything positive about the beautiful game is simply a joy to behold.